As previously described, we intended to replace the old alternator with a high performance model which can withstand extended periods of high loads (the LiFePO4 bank will absorb any current you throw at it, overloading most standard alternators quickly) and also produces as much energy as possible to allow us recharging our battery quickly.

After some research and excellent consulting from Richard (RJS Marine) we decided to try the Balmar AT165 alternator (the red component), a very nice design which was supposed to work very efficiently even when running the engine at lower RPMs.

Unfortunately it turned out that the terminal layout of the Balmar AT 165 is not optimal for our Yanmar 4JH5E engine. As you can see in this image, the B+ terminal (with a loose cable shoe attached to check the installation) is placed too far inward. The alternator cannot be tilted towards the engine further than this - and this already causes the cable shoe (+) to touch the engine block (-). Definitely not good!

To make matters worse, as you can see this is already almost the extreme outward mounting position as allowed by the tilting arm.

Later it turned out that Balmar had addressed this issue by adding a new component to their 2016 product catalog: an idler pulley which was intended to route the belt around the water pump, potentially allowing the alternator to tilt outward to the extreme outward position.

We tried this, but were not convinced by the mechanical compromises we'd have had to accept.

Richard from RJS Marine was very helpful again, he offered to exchange the AT 165 for the older and more conventional Balmar 60 type alternator. Rated at 150 A and less efficient, but with different terminal layout.

So, here we go again, let's mount the Balmar 60 alternator.

As you can see, this time this looks much better. Installation was straightforward and simple, the terminal layout allows cable installation without running the risk of touching the engine block.

Charging the service bank at 114 A. Not quite what we expected, but also not too shabby. 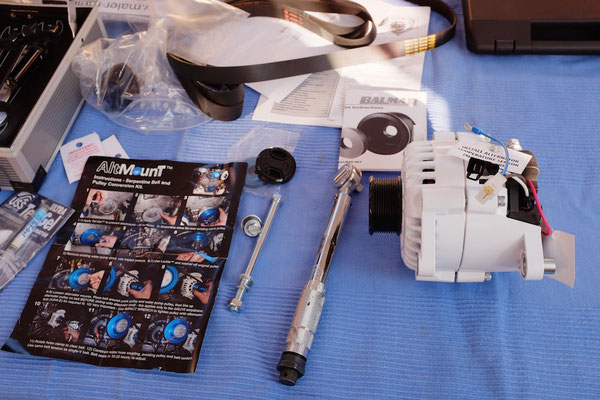 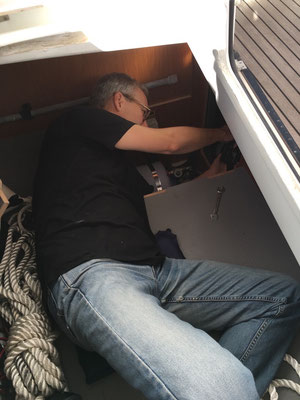 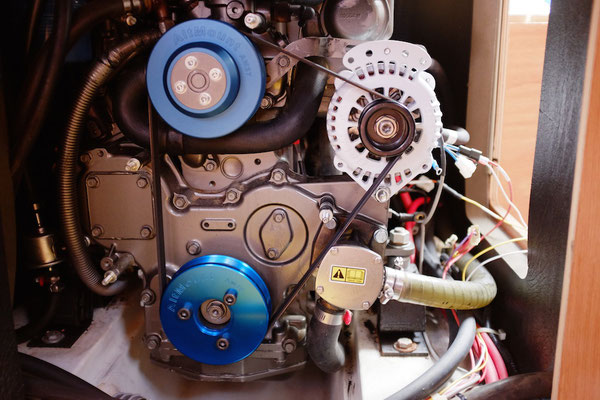 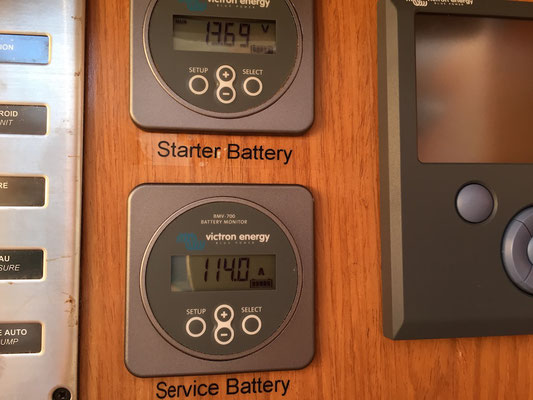